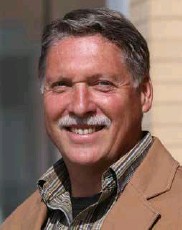 The latest ballot count was released on November 17, and the leaders of all the contested races maintained their leads established on Tuesday November 8. With 18,255 out of approximately 22,755 received ballots counted it appears Erika George will likely defeat Geoff Kristianson for the Prosecuting Attorney position. Currently George holds a lead of 9,803 votes to Kristanson’s total of 6,350 votes. Ramona Colvin will defeat incumbent Lorrie Sampson for Coroner. Colvin leads with 11,236 votes to Sampson’s total of 4,821 votes. Mark Burrows will win reelection over Carl Taylor for Commissioner Position # 2. Burrows has 10,545 votes to Taylor’s 5,200 votes. Rick Johnson will likely defeat Dewey Simmons for Assessor. Johnson has 9,688 votes to Simmons’ total of 6,316 votes. Wade Carpenter will win reelection as PUD District 1 Commissioner with a vote total of 9,702, leading Britney Inglis’ total of 6,023. When reached for comment Ramona Colvin wanted to thank her supporters, “I feel extremely blessed at the amount of support that I have received. I am honored to serve the citizens of our beautiful county once again. I want to thank everyone for the support and All Praise and Glory to The Creator.” Erika George was grateful to the citizens of Stevens County for the opportunity to serve them, “I am incredibly grateful for the faith the people of Stevens County have placed in me and I am excited for the opportunity to bring a new perspective to this office. During this campaign I have met so many members of this community who were looking for an office built on integrity, honesty, and ethics; and that is how I plan to serve.” If the final total of ballots returned stays around the estimated total of 22,755 then Stevens County participation in this midterm election will be around 66%, Washington State’s total participation was roughly 62%.