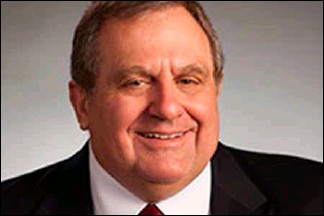 Last summer, our state’s wildfire season was below normal--- a welcome relief for firefighters and smokechoked Washingtonians, especially city dwellers. However, that all changed this fall. First, the 15,000- acre Bolt Creek fire erupted in early September near Skykomish along Highway 2. Heavy smoke blanked the densely populated Puget Sound area causing Seattle to have the some of the worst air quality in the world. Then in mid- October the 2,000- acre Nakia Creek blaze ignited north of Camas forcing nearby residents and those in a corrections facility to evacuate. It spewed layers of thick suffocating haze over the Portland-Vancouver metro area. The conflagration led The Columbian to editorialize for better forest management. “Reducing the ( wildfire) threat requires not only addressing climate change and funding suppression techniques, but also properly managing forests.” Twenty years ago, President George W. Bush made improved forest land management a priority. He signed the Healthy Forest Restoration Act of 2003 legislation into law. It was designed to reduce the threat of destructive wildfires, create jobs in rural communities, and to improve air quality. It was to be the framework for land managers to cut through the mountains of red tape, stop interagency turf spats, and streamline permitting and public involvement. Unfortunately, Bush’s plan drew fire from preservationists who dismissed it as another excuse to log on public land. Rather than helping to clearing the path for better forest management, the law became bogged down by agency slow walking, appeals and litigation. But it wasn’t only bureaucratic red tape which is responsible for the continued massive buildup of wildfire fuels in state and federal forests, but the lack of funds to remove ground debris, thin forests, use prescribed burns, and log mature, diseased, and dying trees. Revenue from timber sales dried up yet the costs of fighting forest fires skyrocketed. In 1995, 16 percent of the Forest Service budget went to fighting fires. However, by 2018, firefighting was well over half the agency expenditures and the actual costs were billions higher. By contrast, Forest Service timber sale revenues dropped from $ 3 billion in 1994 to $ 183 million in 2020. Every year, enormous fires burn in the West, and every year, the Forest Service along with state agencies, such as the Washington’s Dept. of Natural Resources, mount huge military- style operations to fight them. According to the Northern Rockies Coordinating Center, an interagency government agency, in 2021 the firefighting costs reached over $ 4.4 billion. Meanwhile, our air quality denigrates. Recently, UCLA researcher Dr. Michael Jerrett found air pollution from wildfires in 2020 was “the worst on record and put twice as much greenhouse gas emissions into the Earth’s atmosphere as the total reduction in such pollutants in California be twee n 2003-2019.” Since healthy trees are key to reducing CO2, better forest management is essential. ERR News, the English- language service of Estonian Public Broadcasting, reported researchers at Estonian University of Life Sciences (EMU) found that: “Young and middle- aged forests, on average, sequester more carbon from the atmosphere than older forests. “To achieve our climate goals, we must acknowledge that removing forest land from management, in whole or in part, for any reason, reduces the capacity of our forests to sequester carbon dioxide (CO2), because as forests age, their growth factor decreases, and with it, decreases their carbon sequestration effectiveness.” At a time of high inflation and a mushrooming federal debt ($ 31 trillion), additional funds for non- wildfire forestry will be difficult to obtain. Finding creative ways to reduce wildfire fighting expenditures, abate choking smoke, and utilize more wood from the “woods” is essential. It would be a good beginning to an era of better forest management. Don C. Brunell is a business analyst, writer, and columnist. He retired as president of the Association of Washington Business, the state’s oldest and largest business organization, and now lives in Vancouver. He can be contacted at theBrunells@msn.com.